In the traditional ‘brick and mortar’ economy, the physical presence of a company used to be one of the key parameters to determine where it does business and where it should be taxed. In the 21st century digital economy, having a physical presence in a country is no longer necessary for companies to do business and generate revenues. Moreover, the digitalized economy does not only consist of the well-known tech companies, but also includes more traditional businesses that are moving towards digitalization (e.g. in the car industry, companies that collect data and provides digital services during the ride).

The significant revenues that companies in the digitalized economy generate, in combination with the greater risk of base erosion and profit shifting due to the lack of a physical presence, mean that countries and the organizations that represent them are increasingly looking at new ways to tax the digitalized economy. In addition, there has been significant media discussion over whether (multinational) companies pay their fair share of taxation in the countries they have at least digital presence in. Changing the old fashioned tax system to be able to tax the digitalized economy is therefore considered a key global priority and will have a tremendous impact on the current tax systems and the allocation of profits.

The Organization for Economic Co-operation and Development (OECD), the European Union (EU) and even individual countries are designing measures to tax the ‘digitalized economy’, each in their own way. In this article we describe the current initiatives, define a common denominator and conclude with a practical take away for digital or digitalized companies.

While the OECD embraces innovation and digital transformation, it also recognizes that the new digitalized economy brings new tax challenges that were not anticipated when designing the brick and mortar based tax system over 100 years ago. These tax challenges were first identified as part of the OECD’s project to combat base erosion and profit shifting in the BEPS action 1 report in 2015. The conclusion of this report was that it will be hard if not impossible to ring-fence the ‘digital economy’ but the OECD did not provide any practical solutions at that time.

In 2018, the OECD published the interim report on “Tax challenges arising from digitalization”, which illustrated the variety of measures that had already been taken by the OECD member states to tax companies in the digitalized economy. The conclusion of the report was that there is a need for a global (consensus-based) solution to be able to tax the digital economy efficiently. From that moment on, the OECD Inclusive Framework (137 OECD member states) worked on the structure of that global solution based on a two-pillar system, of which Pillar 1 focuses on nexus and profit allocation rules. The main goal is to find an alternative for profit allocation solely on the basis of physical presence (as under the current tax system).

In 2020, the OECD released a blueprint for Pillar 1: taxation of the digitalized economy, covering a significant digital presence (= nexus without physical presence) and agreed upon a formula to create taxing rights for countries where users and consumers are located. After the public consultation in December 2020, a final report is expected in mid-2021.

The key elements, or building blocks, of Pillar 1 can be grouped into three components.

The so called “new taxing right” would be an overlay to existing nexus and profit allocation rules. It would apply broadly and would not be limited to a small number of MNEs in a particular industry. The key design features of the new taxing right would include:

Amount B attempts to standardize inter-company pricing for ‘baseline marketing and distribution activities’. The definition of baseline marketing and distribution activities in the market jurisdiction covers distributors that (i) buy from related parties and resell to unrelated parties, and (ii) have a routine distributor functionality profile. Whether these activities qualify under Amount B depends on lists of positive and negative indicators. Businesses that meet enough positive indicators are assigned a fixed return for the baseline distribution and marketing activities in a market jurisdiction. To determine the fixed return, a return on sales profit level is envisaged, which could be subject to adjustments to account for differences in geographic markets and industries. There is no agreement yet on the positive or negative indicators or if the return on sales is the best profit level indicator to use.

The purpose of Amount B is two-fold:

The final Pillar 1 report is expected in mid-2021. The fact that the United States, under the Biden presidency, signalled it was supportive of the Pillar 1 proposal is an enabler for reaching global consensus. The majority of the targeted companies are US multinationals after all.

The European Commission (EC) intends to design a new ‘digital levy’ for digital services rendered in the EU. On January 14, 2021, the EC released a roadmap with a more detailed plan to institute this digital levy, while an ‘inception impact assessment’ was published on the same day. As with OECD’s Pillar 1, the digital levy aims for a fairer tax contribution from companies that operate in the digital realm. The EU is looking at additional, in their view more concrete and EU-specific options, to achieve this goal such as:

The EU wants to design its digital levy in a way that it is compliant with the World Trade Organization’s rules. It must also take into account the relationships between individual EU member states, as well as any double taxation conventions concluded. Furthermore, fairness in the market will play a big role in shaping the EU’s proposal. The proposal will have to take the position of both large market participants and small and medium-sized enterprises into consideration, while remaining fair to consumers.

The EU wants to stay ahead of the calculating taxpayer and will shape its proposal to avoid any adverse behavioral reactions aimed at avoiding the payment of the digital levy. Future changes to the digital economy will be taken into consideration as much as possible, rather than focusing solely on current problems. These are the elements that cause difficulties for the OECD’s Pillar 1 initiative, but could make the EU’s Digital Levy more robust, future-proof and agile.

A public consultation allowing stakeholders to give their view on a digital levy, as well as on the potential impact of the different options the European Commission is considering, closed on April 12, 2021. The European Commission expects to present a proposal for a directive on the digital levy in the first half of 2021. The consultation shows that the EU is working on a ‘plan B’ should the OECD’s Pillar 1 ultimately fail, although the EU is not trying to undermine those discussions in any way. Consensus on Pillar 1 was supposed to be reached by the end of 2020, but the deadline has since been postponed.

For some countries, a collective approach as taken by the OECD or the EU is taking too long. These countries have unilaterally instituted a digital service tax, or DST for short. DSTs are often less refined than the Amount A and B approach. Instead, a DST is almost always a percentage of revenue generated by the sale of advertisements or user data. Depending on the country, the tax varies from 1.5% to 5% of revenue generated with those activities. Sometimes confused with an indirect tax as they are turnover based, DSTs in essence can be considered a withholding tax on digital services. Global revenue thresholds for the taxes to apply are high, US$750 million in most countries. DSTs therefore often only cover a few dozen companies. This is not always the case, as Hungary for example applies a €344,000 threshold. DSTs can be a source of political tension, as France’s DST was met with tariffs on French wine and cheese by the US. France ultimately abandoned its DST, but other countries did not. Italy, Austria, Poland and Spain are amongst the countries that have implemented a DST that is currently in effect.

We refer to the above initiatives together as ‘digital taxes’. Digital taxes are mainly focused on companies that do not have (significant) physical presence in the markets they operate in. To allow tax authorities to collect tax from these companies operating in their jurisdictions, a system is designed on the basis of (i) allocation of profits to a deemed local presence, or (ii) application of a withholding tax on related payments made in exchange for digital services performed locally. The common denominator is that – regardless of the applicable system – objective indicators apply. These are, amongst others, global and local revenue, number of users, type of digital services, and number of local contracts/transactions.

Takeaways and next steps

Since there is a great variety of digital taxes already, all companies that provide digital services should be aware that one or more of these digital taxes could apply. In a digitalizing world, not only pure tech companies will face these digital taxes; also more conventional business models that are moving in the direction of digitalization (e.g. retailers with distance sales) will be in scope of the digital taxes. We are at the start of a significant change in global tax legislation and therefore strongly advise clients to seek tax and legal support at an early stage to avoid non-compliance with local regulations and to prepare your company for all the new digital taxes that are on the horizon. It is still to be seen how the OECD, EU and local digital taxes will be harmonized but we recommend the following:

While we follow the digital tax developments closely, we have developed a digital solution to monitor and estimate the effect of the forthcoming changes in real time. We invite you to co-create this solution with us and improve it to meet your needs. Please contact us if you would like to discuss this further. 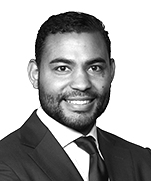 Wesley is a Counsel in the Amsterdam office of Dentons in the Netherlands. As an attorney at law and tax adviser he mainly practices in the areas of Dutch corporate tax, European taxation, transfer pricing and taxation of the digital economy. 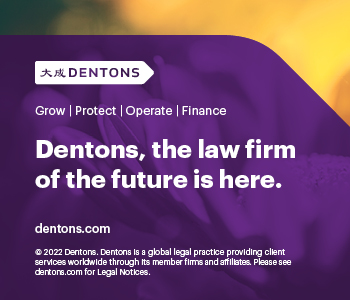